LISTEN: Aaron Lewis’ ‘Am I The Only One’, A Patriotic Anthem Of Truth

LISTEN: Aaron Lewis’ ‘Am I The Only One’, A Patriotic Anthem Of Truth

Aaron Lewis, the former lead singer of the rock band Staind, has arguably the hottest country song in the United States.

It climbed up the charts after it was released just prior to July4th and it hit #1 on the Hot Country Charts — but it’s not without its controversy.

In the song titled “Am I the Only One,” Aaron Lewis ponders what is going on in the United States. The acoustic song touches on American flags burning and statues that have been removed in the country.

“I’m not the only one, willin’ to fight / For my love of the red and white / And the blue, burnin’ on the ground / Another statue comin’ down in a town near you,” Lewis sings in the chorus.

Aaron Lewis’ ‘Am I The Only One’ sends a pro-American message but it’s getting heavily criticized by the Left. This song perfectly captures the current state of our country and it’s quickly catching on as Country’s Patriotic Anthem.

“Am I The Only One” showcases a message that is ringing true and many want this type of message silenced.

‘Am I The Only One’ is one of the more controversial songs to emerge this year — and one of the most successful. Now, music industry critic Bob Lefsetz and other liberals are demanding that Big Machine Label Group drop Aaron Lewis based on the content of the just-released song. Aaron Lewis is signed to Valory Music Co., an imprint owned by Big Machine.

“It’s HEINOUS!” Lefsetz wrote. “This middle class, right wing wanker has recorded a song that should have been played at CPAC, in between speeches by nitwits like Lauren Boebert saying to refuse the ‘Fauci ouchie.’”

Statements like this, made by idiots like Bob Lefsetz only further prove the point of Lewis’s song.

It’s obvious this song does not fit the narrative of the ruling class controlled by the Left because it points out several things that are going wrong right in front of us.

Enjoy this song, what is stands for, and may God Bless America. 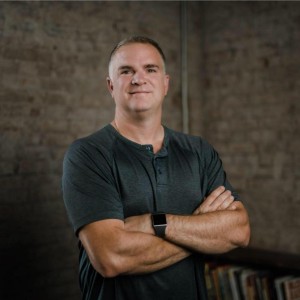 Dave Brown is the Co-Founder of American Snippets. He's also a lifestyle entrepreneur, real estate investor and peak performance coach. Dave loves sharing educational, inspirational, and entertaining videos & articles about entrepreneurship and living life with purpose. Dave believes anyone can design a life around their grandest goals, dreams, and passions by rising above their limitations and achieving true freedom for themselves and their families.


Sign up to Barb and Dave's email newsletter and get podcast episodes and news updates delivered directly to your inbox. Subscribe below.

The Great American Syndicate Is An Association Of Bold American Citizens United Together To Celebrate The Greatness Of America, Protect America's Core Values, And Promote The American Dream.